Were is the outrage? 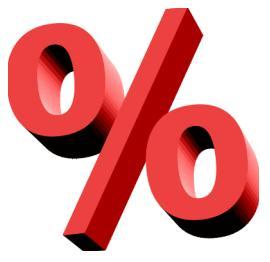 Here are the numbers:

What a list of numbers, what a shocking value and depending on what label I attach the the list will determine your reaction to the list. If I were to say that

the list represents African-American’s we would be outraged, if it represented females we would scream sexism. If I were to tell you this was research from an third world nation we would say we expected this.

So I ask you one more time, were is the outraged, why are we not taking to the streets demanding that we save our boys. There are some who say, it’s about time, that girls have, for far to long, lived in the shadows of boys. And others that would say, someone has to win, why not the girls.

It saddens me to see our country like this, and trust me, there are a lot of

things that make me sad about this county, but that is for another blog. This one is about the missing cry, the lost tear for our sons.

Have we gotten to a point in our evolution were boys are tossed to the sideline, all in the name of feminism? Have we gotten to the point in our history were we are willing to let one segment of our population got the sidelines? In some respects we have already gotten there, we have already created a class of citizens that are disposable. We have taught our sons and daughters that life is of no real value, that we can “terminate” life anytime we choose, so why are we surprised that we are willing, as a nation, to allow our boys to die a slow death.

America is a nation that is on the verge of a great change. We are standing at the edge of the cliff that will tumble us over the edge in to a future that will forever alter our great nation.

We just dint arrive here, we have been walking towards this cliff for years, taking very small steps. But as of late, our step has quickened, we are taking giant steps towards the edge. For the first time in our history we are about to step over the edge… to plunge in to the abyss…

The problem of our boys, the numbers above show that we as a nation have turned in to a nation of micro-issues. We grab on to “hot” issues and “fix” them, often times at the expense of others. We look at the single issue ignoring the multiple issues that are connected to it, that surround it.

To fix the fact that girls lagged behind in school, we tossed the boy to the side. We set up programs that directly hurt boys in the name of helping girls. We looked at the singular and not seeing the multiple.

Someone has to loose right? Someone needs to pay for the inequities we created, so why not our boys?

Look at the men we are creating, they use, to be boys, look around you, and ask yourself, why do we have families with out fathers, were did all the men go? I’ll tell you, we educated it out of them, all in the name of creating a fair and level playing field. Problem is, it was not fair nor was it level. We are not paying the price for it.

read the numbers above one more time, look at the percentages and ask yourself, were is the outrage?

Paul Sposite - Life Coach I began my career as an instructor. As an instructor there are two basic requirements. You have to know yourself, so you know where you’re drawing your inspiration from. And you have to actively listen to the others, and then respond to the subtext of what they are saying. In learning about myself I started to focus a lot on my students, how they learned, what questions they were asking and how I could best modify my methods to best serve them. I believe that if you use your real life problems/issues as insights to the issues you need to heal, you’ll grow. From my experience in the classroom, creating curriculum and material to support my training, I developed an interest in how people process information. This interest turned into my interest in Life Coaching.
View all posts by Paul Sposite →
This entry was posted in education, faith, Family, Life, social justice, youth and tagged abyss, ADHD, African, america, American, cliff, college, comparison, death, evolution, expense, fact, fathers, girls, gotten, Here, history, intercourse, Life, look, marijuana, nation, needs, numbers, Paul, percentages, population, Problem, reaction, segment, sexism, shadows, sons, steps, streets, suicide, times, tobacco, towards, treatment, verge, verses, weapon, world. Bookmark the permalink.