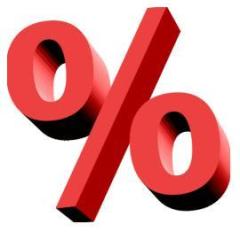 Yesterday I was doing a little research for this blog posting and typed in 9 out of 10 Americans as my search, I received over  163,000,000 hits. That’s a lot of 9 out of tens to go through, but it did tell me that we love this stuff, we love to know were we stand on an issue or on what side of that percentage we are on.

In truth I was looking for a fact, I have not yet found it, but I will, but it basically stated

that the claim that many Americans do not have health coverage is a bogus statement. That in reality most Americans (9 out of 10) do, and of that 10 percent, a good portion of them choose not to be covered. They are young people who could afford coverage, but choose not to. It’s the “I’m immortal” attitude of youth. I had it, I was an uninsured American in my youth. I was to old to be on my parents, and chose not to pay for coverage for myself, I was young and would live forever.

Removing the people who choose not to be covered would than place us at a better than 90% coverage here in America, really that’s not to bad an average, don’t you think?

The funny thing about facts, they can be manipulated to fit our own needs, so it it really 9 out of 10, or 8 out of 10, or what about 9.8 out of 10, i would imagine it all depends on how you mix the data up, what point you want to make and who is paying you to come up with the facts.

My point is, we need to look deeper in to the question of health care, we need to understand the facts, and not just listen to the talking heads. We need to know who

So is universal heath insurance needed? Or are better facts needed? Do we need the government to force those who choose not to receive health insurance to take the universal plan or do we force them to pay for it, because they can afford it?

cover sex change operations, or abortion or how about fertility options? Will the elderly be told they are just to old to care for and the youth be told they have not lived a life as of yet worth saving? Will we become a selective society determining who is worthy of treatment? Will I be forced to take coverage that is in direct opposition to my faith? Will Doctors be forced to perform procedures that are morally wrong for them? Will they be forced to prescribe medication that is sinful for them to do so? Will my rights and freedoms be compromised in the name of universal health care? I would have to say yes, based on how it works in other parts of the world, yes, I would be compromised, my rights would be tossed under the bus, all in the name of universal health care.

9 out of 10 Americans ore covered, and a good percentage of the uninsured choose not to be. Or some numbers are 15% uninsured, but the fact remains that a good number choose not to be, they have decided that the money spent is not a wise investment for them, at this time in there lives, is it really the governments responsibility to force them to choose other wise?

What is the answer to the Health Care Crisis”, the free market, open up the market place, remove the state and federal restrictions to coverage and allow the market place to work.

Example: States require any insurance company to follow state guide lines as to what needs to be covered, in some states all insurers must cover birth control, this adds to everyone’s monthly premiums, other states may require that all insurance cover the little blue pill for men, once again adding to my premium. As a Catholic, I should not have to pay for birth control or abortions or other procedures that fly in the face of my faith. I would be able to lower my monthly premiums if I was not forced to cover and pay for the procedures that my faith deemed evil and/or sinful. But state laws and federal regulations require that all insurance cover certain things.

The free market would work to allow all to be covered, even if the federal government required that all insurers have 1 of there total insurance base be free to the truly poor. Give them the freedom to offer the coverage they choose to offer, and let the free market wash out the good from the bad. Create a system that allows for the faith of the insured to be honored. Allow the consumer the ability to choose the policy that fits there current needs and allows the company the ability to cater to there costumer base.

Paul Sposite - Life Coach I began my career as an instructor. As an instructor there are two basic requirements. You have to know yourself, so you know where you’re drawing your inspiration from. And you have to actively listen to the others, and then respond to the subtext of what they are saying. In learning about myself I started to focus a lot on my students, how they learned, what questions they were asking and how I could best modify my methods to best serve them. I believe that if you use your real life problems/issues as insights to the issues you need to heal, you’ll grow. From my experience in the classroom, creating curriculum and material to support my training, I developed an interest in how people process information. This interest turned into my interest in Life Coaching.
View all posts by Paul Sposite →
This entry was posted in Called by God, catholic, church, faith, Family, Freedom, Mass, social justice and tagged america, American, americans, assignment, attitude, Care, catholic, catholics, consumer, coverage, create, Crisis, data, difference, doctors, emergency, exam, example, fact, faith, fits, Freedom, give, government, governments, health, heath, homework, hospital, insurance, insurers, investment, Life, Mass, medication, money, needs, numbers, operations, opposition, options, parent, parents, percentage, person, pill, policy, population, portion, possibilities, procedures, regulations, restrictions, rights, statement, Sure, system, taxation, treatment, truth, world, worth, youth. Bookmark the permalink.